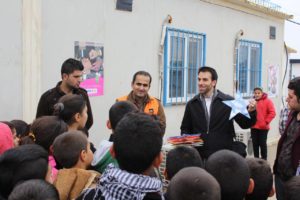 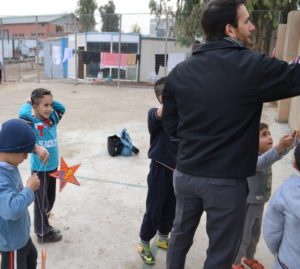 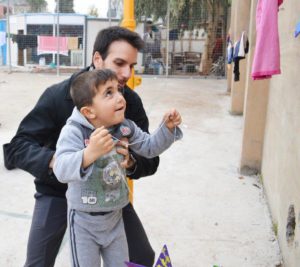 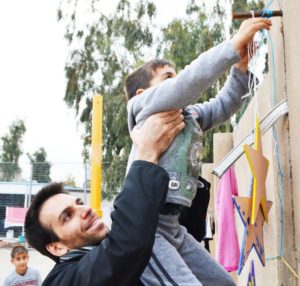 Hanging Stars of HOPE® at the Madrasat Ashtar Camp, a Yezidi Camp in Erbil, Iraq

Working with Becky Bakr Abdulla from the Norwegian Refugee Council and Kenneth D’Alessandro from the Saudi Red Crescent, we distributed Stars of Hope at Darashakran Refugee Camp and Kawergosk Refugee Camp for Syrian refugees, as well as at Madrasat Ashtar Camp for internally-displaced Iraqi Yezidis.

As I gave each child a star, their eyes lit up as though I had given them a priceless treasure. After we had completed distributing the Stars, the children did not turn around and ask for food or money. Their only demand was that we stay and play with them. As I learned from this and many other experiences, merely showing kindness and attention to these children is as important as feeding and clothing them; in meeting physical needs we should not overlook the equally-important emotional needs.

The Stars of Hope shine brightly against the gray dullness of weathered tents and improvised shelters. Their words bring messages of hope in otherwise desolate landscapes. Their bright colors stand out against and overpower the destruction that surround them, reminding us that human kindness always triumphs over cruelty and indifference.

In the stark contrast of the Stars of Hope against the backdrop of violence and persecution, the Stars remind us that in Syria, as in the surrounding countries, there is hope and a future.

* John Balouziyeh is an associate at the Riyadh office of the international law firm Dentons, where he leads an award-winning legal advocacy project for Syrian refugees. Through the Norwegian Refugee Council, Dentons provides pro bono legal assistance to Syrian refugees in Lebanon, Jordan and other jurisdictions. John’s book, Hope and a Future: The Story of Syrian Refugees, will be released in 2016, with all royalties donated towards the assistance of Syrian refugees. 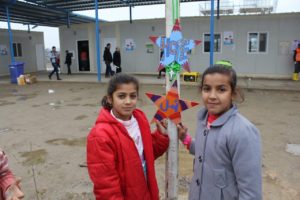 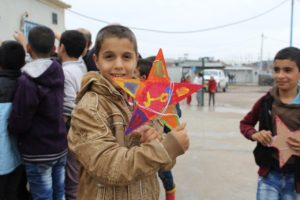 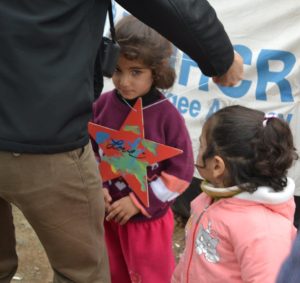 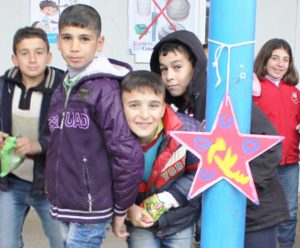 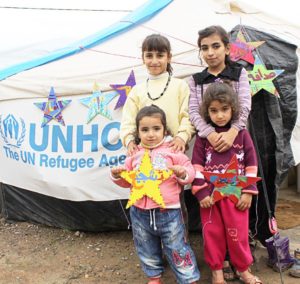 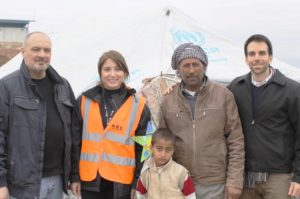